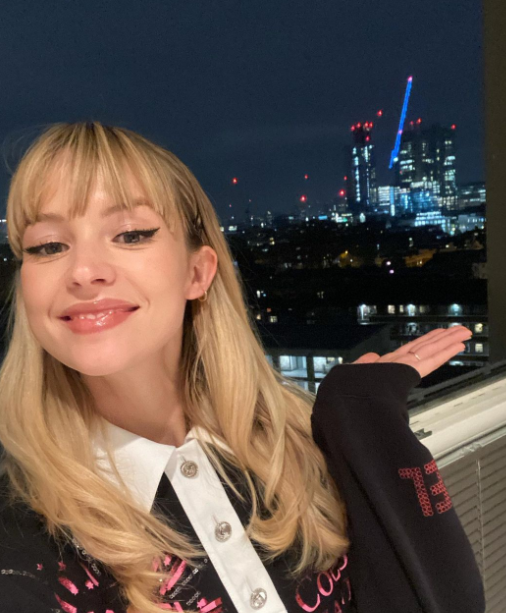 What is Angèle Van Laeken?

Angèle Van Laeken (born December 3, 1995) is a popular singer, songwriter, and musician from Belgium. She is also a producer and an actress who has performed in some movies.

Angèle started her career by performing in streets and cafes in her home country. She used to play piano and sing covers of popular songs.

Angèle began to gain more and more attention on her pop singing and was one of the popular breakout stars in 2018.

As of 2021, she has become one of the most popular performers from Belgium.

Where was Angèle Van Laeken born?

Angèle Van Laeken was born in Brussels, Belgium. She started learning Piano from a very early age. Her father taught her to play Piano.

She liked to play Piano so much that she decided to be a musician. Regarding her education, she went to a Strict Catholic school when she was in her teenage.

Angèle later joined Decroly School. In her school, the focus was on extra activities and art lessons. She chose music and piano in her course.

Those lessons made her music career easier and more professional on some level.

Why was Angèle Van Laeken famous?

Angèle Van Laeken musical journey started from Le Delecta a cafe in Brussels. She used to sing in the cafe and street stage in Belgium.

In 2017, she started doing cover songs for popular artists and songs. Angèle became viral when she sang “Bruxelles” of Dick Annengarn.

She also started doing comedy songs and skits on her Instagram account that started to went viral. Angèle started to get lots of projects and collaboration after going viral.

She collaborated with Belgium rapper Damso in the song titled Silence. Later that year Angele released her first single titled “La Loi de Murphy”. The song was really popular and gained over 32 million views on YouTube.

In early 2018 she released her second single titled “Je veux tes yeux” which was also popular and gained 22 million views on YouTube. After getting popular on social media and releasing two hit songs, she began to perform on shows and festivals.

During her tour, she traveled to various countries such as Spain, England France, and also performed in her own country in Rock Werchter. After returning from the tour she released her third single titled “La Thune” which got over 25 million views.

Finally, she released her first album “Brol” in August 2018. The album had 12 tracks along with the duet with her brother Romeo Elvis titled “Tout Oublier.”

The song was spent in number one position for nine weeks in Belgium Chart. Angele started performing on various Belgium and French Shows as well as was invited to various festivals and tours.

Angele released her song “Balance ton quoi” in 2019 which was subject to Feminism and her support. The song was an immense success with 90 million views on YouTube.

However, she also got lots of criticism for the message of the song and her alignment with Feminism. But she clarified the song did not criticize men but provided context on how females were abused in relation to men.

In 2020, she released the song hosted by Lady Gaga titled “One Word- Together at Home”. The song featured various artists and was an homage to front-line workers and medical representatives.

Dua Lipa featured Angele on her latest single titled Fever. The song was released in October 2020. It got over 48 million views on YouTube.

The duo also performed their single on a virtual concert performance in November 2020.

Angele is very popular on social media as well. She has over 83 million followers on her TikTok account which makes her one of the most followed singers on TikTok.

What is the height of Angèle Van Laeken?

Angèle Van Laeken stands at a height of 5 ft 5 inches tall and weighs about 52 kg. She has brown color hair and her eyes color are light brown.

Her zodiac sign is Sagittarius. Angele is Belgium regarding nationality and belongs to White ethnicity. She follows Christianity as her religion.

Angele is Bisexual regarding her sexuality. Angele loves singing, dancing, and traveling. She has revealed she likes to play music all the time.

Angele is currently dating her girlfriend Marie Pappilon. Marie is a French influencer and is 32 years old.

She is bisexual regarding her sexuality and has confirmed that she is dating Marie in August 2020.

She did not confirm at first but the French magazine Public leaked the photo of the couple Kissing which made Angele very angry and hurt.

After the leak, her fans showed her immense love and marine also confirmed the rumor by putting a heart on the post.

Before Marie, Angele was rumored in a relationship with Leo Walk. Leo Walk is a french dancer and performer. They were seen together quite often however, they did not confirm they were dating.

She also has a younger brother named Romeo Elvis who is also a rapper. Angele featured her brother on one of her hit songs titled Tout Oublier.

The song stayed in no 1 in Belgium hit chart for nine weeks straight.

What is the net worth of Angèle Van Laeken?

Angele is a very popular Belgium singer, songwriter, and musician. She is also a very popular social media sensation and has fans all around the world.

Angele has over 85 million followers worldwide on her social media however her primary source of income is from her musical records and YouTube ads.

She also earns from brand deals and paid sponsorship. Her net worth is approximately 5 million as of 2021.