Who is Audra Miller?

Audra Miller (born 11 July 2001) is an American pop singer. She was born in her mother’s home which is located in Texas, United States.

Audra is currently a very professional singer in the United States of America. She is the main vocalist in the band “First to Eleven”.

Miller even has her own YouTube channel where she posts her own personal content which helps her fan to know about her and interact with her even more.

She is a 19-year-old teenager with the most amazing voice. Audra seems to be an efficient singer which makes her fan love her even more.

Her popularity is growing ever since and she will soon become one of the most recognized superstars in the future.

Today we will be learning more about Audra Miller’s bio, early life, career, personal details and many more.

When and where was Audra Miller Born?

Audra Miller was born in Texas, United States in 11 July 2001.  She currently lives in Erie, Pennsylvania. Her hometown is still in Texas though she is often on tour with her band members.

She has visited over 20 states till now. We can say that she loves traveling and also wants to travel to more states in the future.

When she was born her face was little purple and she was bald for two years. Her parents were a little worried when her hair didn’t grow up till two years.

Now, let’s know about the career and achievements Audra Miller has made so far.

What is Audra Miller so famous for?

Audra Miller started her career in music when she was very young at her age. That was the first time when she formed her first pop music band called “First to Eleven”.

She is also known for her enchanting singing abilities. This famous band with over 1.11 million subscribers prefers using the acronym F211, and Audra has been the main vocalist since the band started.

Besides that, this American band comprises Matt Yost, Sam Gilman, and Ryan Krysiak along with Audra. They gained fame after one of their songs went viral on YouTube.

While Matt Yost is the guitarist of the band, Ryan plays bass and Sam does the drums.
Audra has a versatile voice and she is very popular for her skills in voice modulation.

Her fans have even told her to participate in “The Voice” and showcase her talent. Her family is very supportive about this and encourages her in every aspect.

Audra also utilizes her massive followers on social media to get the partnership with various brands. Currently, she has partnered with Mill Creek Mall, promoting their brand.

Audra stands at the height of 5 ft. 8 inch and weighs around 55kg. She has an amazing figure and a tiny waist. Audra’s body measurements are 32 inches.

She loves exercises and does yoga to maintain her weight and figure. She has blue color eyes and her natural hair color is strawberry blonde.

Her zodiac sign is Cancer. Audra is American regarding her nationality and follows Christianity.

She is very passionate about her singing that is why she is the main vocalist in the band ‘First to Eleven’ and ‘Concrete Castle’ at just 19 years old and has thousands of fans on her social media as well as in real life.

Audra is very fond of reading and books. She also loves to swim and surf during the summer season. Audra usually loves to share her fun images on her Instagram account.

Audra Miller is an animal lover and she has a dog in her house. Her pet name is Coco.

On her official Instagram account, She has 146k followers. Audra uploads her solo pictures, selfies, music videos and singing videos.

Her videos has got thousands of views till today. She generally uploads vlogs, motivational videos on her channel.

Audra Miller has not said a word about dating or romantic affairs nor do we find out anything about her love life.

Maybe the day is not far until we know about her dating life but till then she is happily single.

We don’t have any information about her former relationships. She is still focusing on her career and not shown any kind of interest in dating.

She has a younger brother named Ryan Miller who is currently 16 years old. She has even posted a picture on social media with her family in the last Christmas 2020.

Also, Audra has a very close group of friends with whom she enjoys spending time. She also currently enrolled in college as she completed her high school.

And, there are no details of the university she attended and the major she took in.

Net Worth of Audra Miller

What is the net worth of Audra Miller? Audra Miller earns most of her income through music career.

Music is the primary source of her income. She mostly earns from the sales of the song and the royalties that the song generates.

Besides that, she also makes money from the income generated by her cover songs on YouTube.

The net worth of Audra Miller is somewhat around $3 million as of 2021. Audra sometimes goes on a tour and concerts with her band members which makes her extra income.

Apart from that, she endorses the brand and also makes guest appearances. 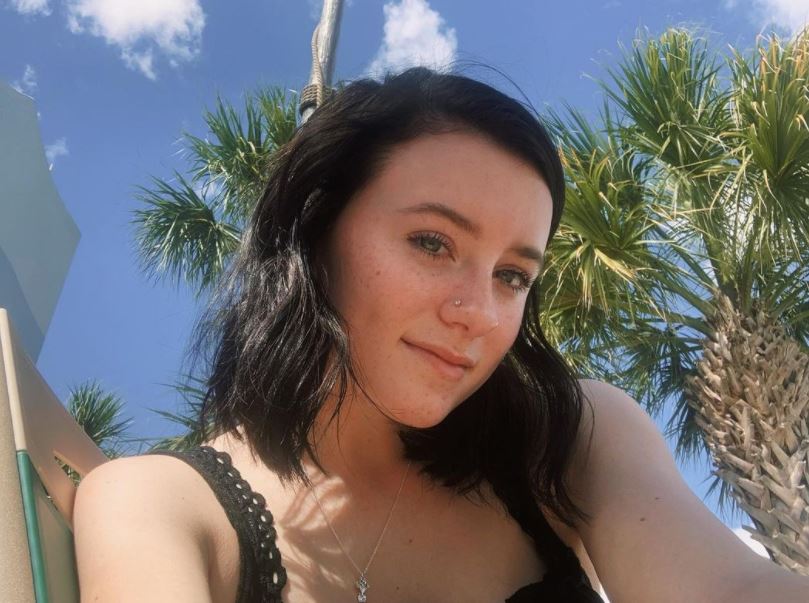 Below down are some of the known and lesser known facts about Audra Miller:

Check out the song of Audra Miller from her YouTube channel: