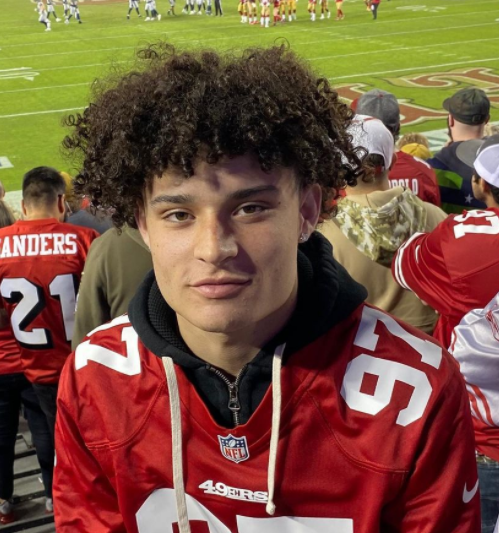 Who is Bankrol Hayden?

Bankrol Hayden (born September 30, 2001) is a popular hip-hop star, YouTuber, and songwriter most famous for the “single 29 and Drumsticks.

His real name is Hayden Inacio but his stage name is Bankrol Hayden. Hayden started to share music on his YouTube channel in 2017 and started gaining attention right away.

Hayden got into a major car accident that killed 2 people and nearly took his own life. He became humbled and focused on his career after that.

Currently, Bankrol Hayden has over 2 million followers altogether on his social media to date.

Where was Bankrol Hayden born?

Bankrol Hayden was born in Modesto, California. He was passionate about rap and hip-hop since he was young.

At first, people blamed him for the accident but later when he was cleared of allegations, people began to know who he was and listen to his music.

His fan base grew significantly after that and his social media blew up.

Why is Bankrol Hayden famous?

From a very early age, Hayden was attracted to music and hip-hop. Hayden released his first single Humble in 2017. The song was unofficially released on his SoundCloud.

The song provided Hayden a catalyst to rise to fame and take his first step in the music industry.

In November of the same year, he released another single “Ride With You” with his friend Cal.

The track also sampled “Sorry Mrs. Jackson” by OutKast. Just one week after the track was released, Hayden suffered that accident which almost killed him but killed two other people.

Hayden had to take a break and rehabilitate for one year. He came back to the music industry in 2018 with his new song titled Drumsticks which featured MBO ZAY which was very successful and gave him lots of attention.

Fans all around the world began to realize how potential a rapper Hayden was. His Drumsticks video gained more than 7000 views and catapulted his rap career.

After the release of “Drumsticks,” he released another song in January 2019 called 28 but in May he released his best track to date titled 29.

The song was a massive hit and gained almost 29 million views and made the name Bankrol Hayden viral worldwide.

Bankrol Hayden released other massive hits such as Costa Rica, Brothers, BANKROL, and many other tracks which gave him very large fans and millions of views.

After the enormity of the musical success of Bankrol Hayden, his social media started to gain lots of followers and subscribers. Currently, he has over 400,000 subscribers on his YouTube.

What is the height of Bankrol Hayden?

Bankrol Hayden stands at the height of 5 ft 7 inches tall and weighs about 64 kg. He has dark brown color eyes and black color hair. His zodiac sign is Libra.

Hayden is American regarding nationality and belongs to the white ethnicity. He follows Christianity as his religion.

Bankrol Hayden is passionate about his music and career from an early age and loves to sing, dance, and make music records.

Bankrol Hayden is currently single at the moment and is not dating anyone. He has not revealed if he is in a relationship with anyone and has not shared a photo of his girlfriend on social media.

Hayden is very young and is currently focused on his music, career, and studies.

Despite his is linked with many young girls as his girlfriend, Bankrol Hayden is still single as of 2021.

Did Bankrol Hayden kill someone?

In 2017, when Hayden was just 16 years old he got into a vicious car accident that may have killed him.

In his hometown, a 16-year-old girl was driving the car under the influence of substance abuse. Hayden was in the back seat of the car.

Unfortunately, a mother and her daughter were killed in a car accident. The girl who was driving the car was charged with murder and sent to juvenile since she was underaged.

What is the net worth of Bankrol Hayden?

Bankrol Hayden is a famous rapper, musician, and YouTuber. He has a mass following of over 2 million followers.

Hayden has generated plenty of money and riches from his music career. His primary source of income is from his sale of music and various brand deals and public subscriptions.