Who is Brad Williams?

Brad Williams (Born January 13, 1984), is an American comic who does stand-up comedy shows.

He is also known for their role in Coming up short and Hi ho. We are going to learn about Brad’s Age, Career, and Net worth. Let’s get going.

The talented comic was born in Orange, California, North America on the 13th of January, 1984.

Unfortunately, the talented artist was born with ‘Achondroplasia’, which is a type of dwarfism.

After Sunny hills, he was enrolled in the prestigious ‘University of Southern California’ but he dropped out to pursue his comedy and acting career.

However, his further academic background and early life are not disclosed by the artist.

How many social media followers Brad Williams have?

Williams has an official Instagram page named ‘bradwilliamscomic’, which has a massive 176 thousand followers.

The American star also has an official Twitter handle named ‘Brad Williams’, which has an impressive following of 130.3 thousand.

Williams frequently tweets about his work updates and random things.

What is the most-watched YouTube video of Brad Williams?

The American comic does not have its own YouTube channel, as of 2021.

However being one of the famous faces on the internet, he has been featured in many videos.

Furthermore, being a stand-up comedian, his stage performance is constantly being uploaded on YouTube.

Why is Brad Williams famous?

Initially, Brad started his career by attending the famous ‘Carlos Mencia live comedy show, where he was invited to join him on stage.

After joining Carlos, Brad made a few jokes and impressed the crowd and Mencia.

Mencia then asked Williams to pursue a career in stand-up comedy as well as his opening act on the road.

Ever since then, Williams has been Mencia’s opening act, for instance, Mind of Mencia Tour and the famous Punisher Tour.

After his success on stand-up, he appeared on Mind of Mencia, where he played several roles, including a dwarf wh*re, the leader of an all dwarf basketball team, and joining Mencia at a Renaissance fair.

The comic also gave a speech about his hated of podiums as well as dressed up as Leprechaun on 2008’s St.Patrick’s Day.

Brad also made an appearance on ‘The Tonight Show with Jay Leno’.

Moreover, for Halloween, he dressed up as a child’s play character Chucky for a funny skit on the popular Jimmy Kimmel Live!.

On the 8th of May, 2015, the comic had his first one-hour comedy special called ‘Brad Williams: Fun Size’.

His second special was named ‘Brad Williams: Daddy Issues, which was aired on the 20th of May, 2016.

Brad has been a huge influence on people considering themselves as disable or who easily give up because of their natural problems.

Williams not only showed that it was okay to be born differently but also we can be successful if we tried our best and never give up.

Despite facing a lot of problems even to start his career or brad always believed in himself and now considered as one the biggest comics and influencers in the world.

What is the height of Brad Williams?

The star comic currently stands at 4 feet and 3 inches, equivalent to 1.32 meters.

He has big brown eyes and a short black colored hairstyle.

He is referred to as a little person, as he has short physical built and average facial features.

Who is Brad Williams dating now?

The famous comic is married to ‘Jasmine Gong’, who is a Tae Kwon Do instructor.

Brad and Jasmine tied the knot in 2017 and gave birth to a daughter in January 2020. 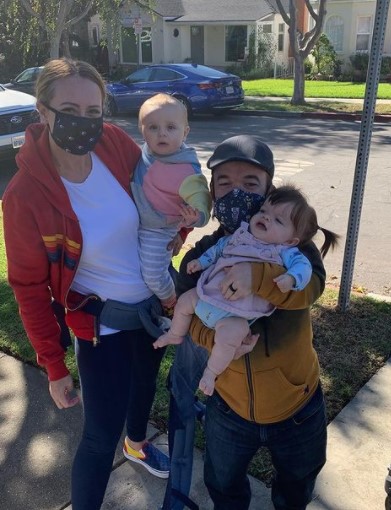 Unfortunately, his daughter also suffers from the achondroplastic dwarf.

However, like himself, Brad has taught her daughter to live positively and head held high.

Brad Williams’s father’s name is  Pete Williams and but his mother’s identity is unknown.

Furthermore, Brad’s sibling’s information is not available on the online domain. 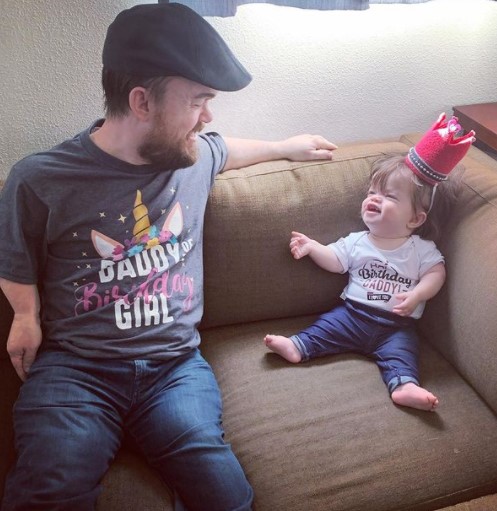 Furthermore, Brad rarely talks about his family as he wants to live a private life.

What is the net worth of Brad Williams?

The American comic is worth approximately 1 Million USD, as of 2021.

Being one of the famous faces on the internet and stand-up comedy, Brad has lived a fabulous life.

He has also featured in several movies and Tv series, which adds to his revenue stream.

Williams also gains a huge engagement rate from his videos and Instagram posts.

Currently, he owns luxury cars and lives in his own house, from his earnings.

The 37-year-old star has lived a wonderful life and made some funny shows.

let’s look at some of Brad Williams Trivia and interesting facts.