Who is Chase Goehring?

Chase Goehring (born November 2, 1995) is a popular singer and songwriter. He became famous after a successful 2017 season in the popular talent show America’s Got Talent.

Chase immediately became a fan favorite when he sang his original song called Illusion. He later won the YouNow singing competition making him the hottest property in the music industry.

Even in his audition, Chase mesmerized the judges by singing his original song called Hurt. After the popularity of the show, Chase released another super hit song Acapella which gained millions of streams on Spotify.

Chase Goehring is very popular on social media because of his incredible voice and unlimited talent. Currently, he has over 2 million social media followers worldwide.

Where was Chase Goehring born? Chase Goehring was born in Long Beach, California USA. He moved to Tennesse along with his parents when he was just a little kid.

While growing up he liked to learn piano but was never much into music. He started to give more attention to music when he was in high school and started to learn it.

Chase started to record and share his songs on YouNow. He also started to learn to play guitar, ukelele, and piano by watching videos on social media like YouTube.

Regarding his education, Chase has not revealed where he went for education, but we can easily see he is humbled and very well educated.

What was Chase Goehring popular for? His musical career started when he started learning to play piano and guitar in his high school days. Chase started playing in various shows and incidentally, he was hired to play keyboard in an unknown band.

The band did not do too well however, many people adore and admire the talent of Chase Goehring. He also did a couple of solo shows himself.

Chase then started to write his songs, sing and upload on then famous social media platform called YouNow. Finally, Chase left the band along with one another member to form their own band.

They name their band The Acoustikats. He became the lead singer of the band and started performing on various shows and streets of Los Angeles. Chase continued to grow as a musician and songwriter which guided him to the stage of America’s Got Talent. 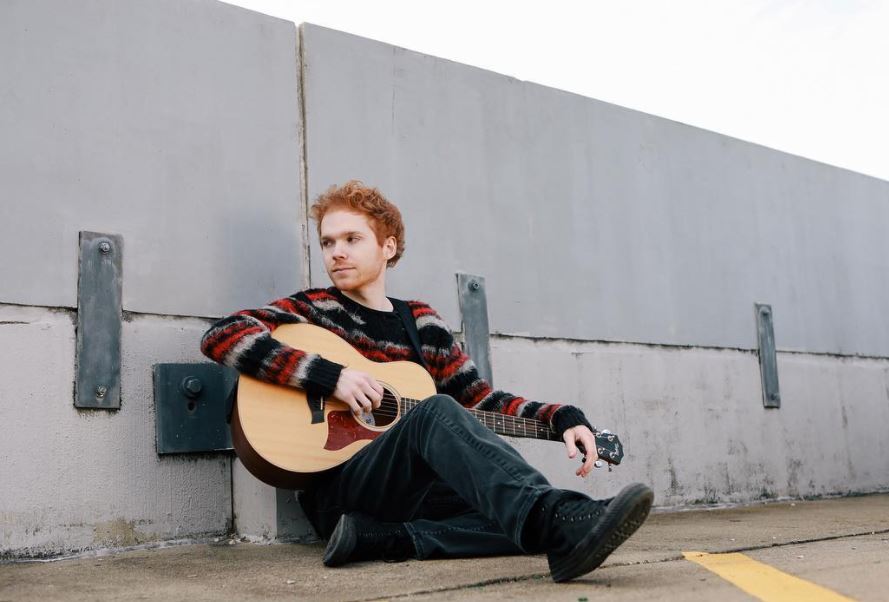 Chase Goehring participated in the 2017 edition of America’s Got Talent. He sang his own song “Hurt” in the audition round to get selected.

Chase finished 5th in the competition which catapulted his reputation to insane height.

Chase’s most streamed songs titled “Illusion” were featured in the EP Jaded.

Chase has brown color hair and blue color eyes. He is American regarding nationality and belongs to the White ethnicity. Chase follows Christianity as his religion.

Just like every other star, Chase also has his own hobbies despite the busy schedule. Some of his hobbies are traveling, reading, photography, surfing, and swimming.

However, Chase’s personality is to constantly engage and indulge in music and musical instruments. His favorite food is American and Italian cuisine and his favorite travel destination is Italy and Singapore.

Chase also is very keen to interact with his fans and audience all around the world. He is constantly on live streams and talking with them.

Also on his social media, Chase has not revealed or shared photos about any female girl describing her as his girlfriend. But according to the rumors, Chase has been involved in a relationship with one girl but has not revealed the name of the said girl.

Hence Chase is currently single and living happily focusing on his career. He is not engaged, married, or has any child as of now.

Chase Goehring has not revealed any information or identity regarding his parents and siblings to date. However, he has shared a couple of photos and images of his parents on his social media.

There is no information on what Chase’s parents do and how they earn their living and where they are currently staying as of now.

Similarly, Chase also has not shared any relevant information regarding his sibling. We cannot confirm if Chase has any siblings or he is just protecting the identity of his said siblings.

What is the net worth of Chase Goehring? Chase Goehring is a popular musician and singer who became famous from the musical reality TV show America’s Got Talent.

After his popularity soared from the show, he started to continue pursuing the path of music by releasing his own songs and music on his YouTube channel, Spotify, and other streaming platforms.

He quickly started gaining more and more reputation for his talent and his fan following grew incredibly. Currently, he has just over 1 million social media followers all around the world.

Chase’s primary source of income is from his music. Currently, Chase Goehring has a net worth of approximately $1 million as of 2021.