Jenny Popach (born Nov 15, 2006) is a popular TikTok star and social media figure. She is one of the most promising and famous American TikTok stars.

She is popular for sharing dance and lip-syncing videos on her TikTok account. Jenny’s real name is Roselie Arritola.

Her TikTok handle is @jennypopach which has become one of the quickest and fast-growing TikTok account. She started her TikTok account in early 2019 and has been on the rapid rise ever since.

Jenny is exceptionally talented in dancing and doing some comedy acting skit. Despite being just 14 years old, Jenny is handling her stardom and rise to fame quite mature.

Currently, she has over 5 to 7 million social media followers worldwide to date.

Where was Jenny Papoach born? Jenny Papoach was born in Florida, United States. Her real name growing up was Roselie Arritola. Growing up she was very good at dancing and lip-syncing from a very early age.

Regarding her education, Jenny is currently on her school days in a local school in Miami. She is still young so she is totally focused on her education and studies other than her career as a TikTok star.

Other than that, Jenny has not revealed much about herself regarding her childhood or any other personal details to be exact.

What was Jenny Popach popular for? Jenny Popach started her TikTok career when she was 12-13 years old. She started posting her talented dance videos when she first started to create content regularly.

Due to her talent and beautiful graceful look, Jenny quickly gathered a lot of followers and fans within a few weeks. She became one of the fast-growing TikTok stars in 2020 and 2021.

Jenny first started posting dance videos which got viral very quickly. Her rendition of Lana Ley has got just over 4.5 million views. After the viral video, she got a very large fan following within days.

Within weeks she got almost a million views and followers who were charmed by her beautiful face and incredible talent. Currently, she has just over 4 million TikTok followers and more than 30 million likes.

Jenny Popach started her own YouTube channel in 2017. She first collaborated the video with her brother in the video titled “Our Outro”. The brother and sisters continued to make videos regarding fashion shows and fashion dresses.

Her most-watched video was titled “Pretty Little Things Haul” fashion collection, which got over 70,000 views. It consisted of fashion apparel and accessories for children above 15 years and below.

Jenny also shared the video regarding Fashion Nova Haul has almost 69,000 views where she explains the fashion nova and how she will approach such fashion shows.

Despite the young age, she has a lot more knowledge and she is very confident in the approach and attire of what she is doing and how she conducts her videos.

Popach is American regarding nationality and belongs to white caucasian ethnicity. She is also Christian regarding her religion. Jenny Popach is a very talented, bubbly, and charming girl.

She is in her school days and very busy due to her popular TikTok career but she also has her own hobbies and interests to follow.

Jenny likes to read books, travel, and also very interested in photography. She is also a very family person and hangs out with her friends most of the time.

Who is Jenny Popach dating now? Jenny Popach is currently single as of 2021. She is just 14 years old so she may have quite a time to pick herself a perfect boyfriend.

Jenny is mostly very active on social media Instagram and TikTok where she has collaborated with many young TikTok boys but she has not revealed any of them to be her boyfriend.

She has not revealed if she has any crush on any male TikTok star or YouTuber. Jenny also has not shared any images or pictures revealing him as her boyfriend.

Hence we can simply confirm she is happily living a single life and is not in any rush to fall in love. We will update you about her boyfriend when she finally reveals herself whenever it may be. 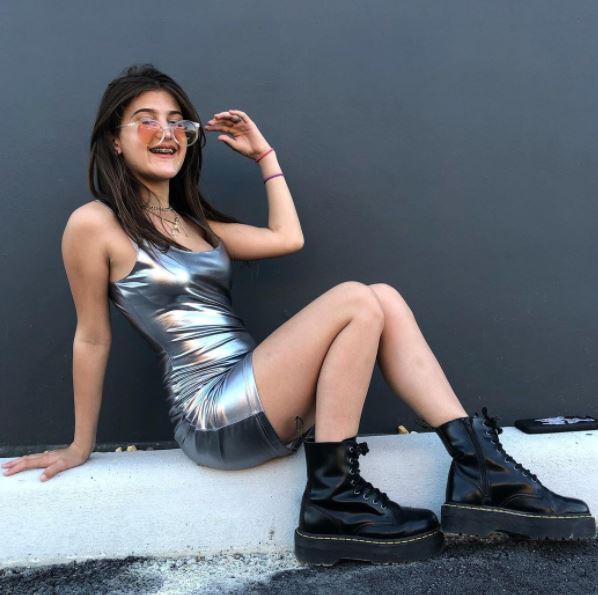 Jenny Papoch was born in Florida with her parents and her siblings. Her mother’s name is Marie Arritola but she has not revealed her father’s name to date.

Jenny has frequently featured her mother on most of her TikTok videos and her Instagram images. However, she has not talked much about her father in any of the posts or videos.

This seems like she was raised by her single mother along with her young brother. Jenny has featured her brother countless times but has not revealed the name of the brother.

There is not much information regarding her other family members other than those she constantly features on the videos and images.

What is the net worth of Jenny Popach? Jenny Popach is a popular TikTok star and YouTuber who is really popular for her TikTok videos and YouTube clips.

Despite the age, she has generated quite a lot of fortunes and wealth from her primary source of income as a TikTok star. Along with her TikTok income she also has plenty of brand deals and paid sponsorship.

Jenny Popach has almost over 2 million TikTok followers to date. Currently, she has just approximately $20,000 as of 2021.