Who is Karoliina Tuominen?

She is well known for her fun content videos such as situational videos and comedy skits on her YouTube channel.

Similarly, she is famous for her appearance in the reality show Survivors.

Recently, she revealed that she will be working as a presenter on the radio Suomipop.

Today, we will be discussing Karoliina Tuominon’s details such as her age, height, career, relationship, net worth, and even more. 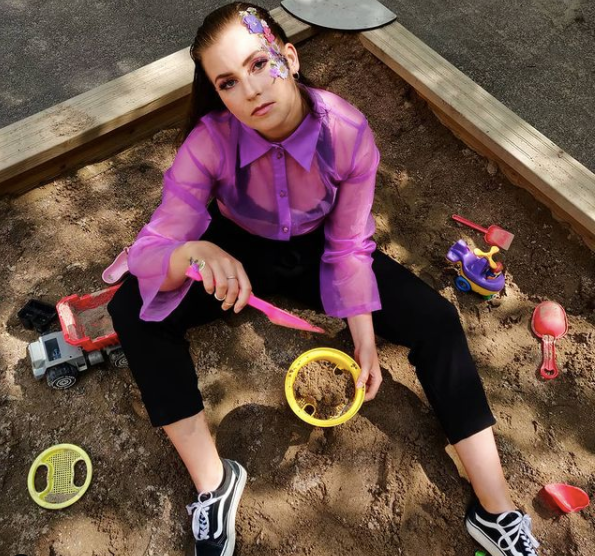 Where was Karoliina Tuominen born? Karoliina was born on July 29, 1994, and her hometown lies in Finland.

Regarding her education, there is no information available currently.

We will update that to you as soon as we get any details regarding it. So, please stay tuned!!.

Now, let’s know the beginning of Karoliina Tuominen’s career, hardships, and the achievements she has made so far.

In the beginning, she started on YouTube by sharing her daily life vlog videos.

Her first video on the channel is titled NIINKU vlog#1 which currently has over 25K views.

The most popular video on her YouTube channel is titled SKETSEJA which currently has over 1.4 million views.

With her YouTube videos, she earned fame and popularity within few years.

Currently, she has over 56K subscribers and a total of over 10 million views on her videos.

According to her, it’s all about the bad angles and creativity which let her to create such funny recreation of photos.

Likewise, she joined a Finnish TV program named Survivors. She was seen playing in the fifth season of the show.

In addition, after her appearance in the show, she started hosting alongside Niko Saarinen the podcast of the program named Survivors podcast.

In the podcast, Tuominen and Niko Saarinen talk about all the incidents that happen in the Survivors program.

Also, they discuss all the things that happen behind the scenes.

Similarly, Karoliina is the radio presenter of Loop’s Morning alongside Jussi Rudanpaa.

Also, she started working as an evening presenter of the nationwide commercial radio channel named Radio Suomipop during the time of mid-2021.

She often posts funny recreation of photos of the celebrities and photos and videos related to her works, and daily life.

Similarly, she is active on TikTok too.

Currently, she has over 27.4K followers on her official TikTok account and a total of over 316.4K views on her videos.

Now, let’s take a look at her personal information and some details regarding her facial features too.

Also, we have no clue about how much she weighs. However, we will be updating all of it to you as soon as we get any information.

Her zodiac sign is Leo. She has blonde colored hair and gray colored eyes.

Regarding her nationality, she is Finnish and white by her ethnicity.

As for her religion, we have no idea about it. We will be updating that to you as soon as we get any details. So, stay tuned!!

Her hobbies include swimming, traveling, making funny content, and more.

It seems like she likes to keep everything about her life low profile and away from the limelight.

So, as for now, we can assume that she is currently single and not dating anyone.

Similarly, we have no information about her past relationships, linkups, and hookups.

Also, she has not made any headlines about dating rumors either.

That’s why, we can say, as for the present she is not dating anyone, and doesn’t have any plans for engagement, marriage, and babies.

Consequently, she must be focusing on building her career in the media even more strongly.

We will update that to you if anything about it comes to our acknowledgment. So, stay tuned!!

Who are the parents of Karoliina Tuominen? Like already mentioned, Karoliina is private about her life and keeps everything minimal and subtle.

That’s why she has not revealed about her parents either.

So, we have no clue about her parents’ names, whereabouts, and career path.

Similarly, there is no information available regarding Karoliina’s siblings.

We can assume that she could be the only child of her parents.

Net Worth of Karoliina Tuominen

Also, she is quite famous on social media platforms too.

She must have earned quite a fortune for herself and her family from her works as YouTuber, social media star, radio presenter.

The majority of her income comes from her youtube videos, radio presenter job.

Now, let’s know some of the lesser-known facts about Karoliina Tuominen.

Check out the recent video of Karoliina Tuominen down below: