Laurence Bedard (born July 15th, 1993) is an Instagram phenomenon, with over two million followers on the social media site. She is not only a model but also a professional hairdresser.

Bedard is very talented and has an audience based on her beauty and her hairstyles along with her lovely personality.

Laurence grew up studying French as a result of her ethnicity, making her bilingual. She was also interested in fashion, style, and imagination. Jean-Philippe is her brother’s name.

Laurence was born on July 15th, 1993. The young star was born in Quebec, Canada. However, she spent most of her childhood in Montreal and Laval.

Laurence’s educational history is unknown, except that she graduated from her local high school in Montreal in 2011 and then studied the hairdressing and barbering course in 2018. She never specified what college or university she attended, so no one knows what degree she received.

Laurence Bédard graduated from high school in 2011 and enrolled in a hairdressing and barbering course in 2018. The talented hairstylist has always been a fashionista and has pursued a career in the beauty industry.

Laurence has always had a fascination with fashion and beauty, so she wanted to pursue a career as a barber. She worked in a number of salons and barbershops before being hired by Jim Le Barbier Inc. This barbershop, located in Cunard, Laval, is many barbers’ dream business to work for.

Laurence joined Jim Le Barbier’s team of 15 professional barbers in March 2019; her portfolio and work-in-progress videos can be found on the Jim Le Barbier Instagram account.

Laurence balances her hairdressing career with a modeling career; she works as an alternative model and uses Instagram to promote her portfolio. With her explicit looks, she quickly became a phenomenon, gaining two million fans.

Laurence has a lot of blackwork tattoos on her body, which helped her get noticed by brands including Slimwave and Kimama, with whom she signed contracts and even became a FashionNova ambassador.

She shares a number of pictures of herself wearing the brand’s clothing, such as skirts, lingerie, and swimsuits. Laurence has a new promotional deal with BangEnergy, a brand of energy drinks, which she will feature in advertisements and share several videos of herself walking or hanging out while enjoying the drinks.

Laurence has collaborated with Valérie Cossette, another alternative model who is also a FashionNova ambassador and a BangEnergy Elite model.

Apart from being a model and hairdresser Lawrence is also known for her work as a social media influencer.

Laurence’s favorite pastimes include swimming, dancing, and hiking. She loves traveling around the world as well.

Bedard is a vegan who adheres to a strict diet not only to stay in shape but also because of her religious convictions. The model has a tiny black French bulldog called Frenchie and is a dog lover.

Laurence Bedard stands at the height of 5 feet 6 inches (1.67 m) and weighs about 121 lbs (55 kg). She has blonde hair color and her eyes color is of beautiful dark brown.

Laurence was born in Quebec, Canada. However, she spent most of her childhood in Montreal and Laval. She is of white ethnicity.

Fashion and beauty have always piqued her curiosity. As a result, she is now a well-known hairdresser and model. 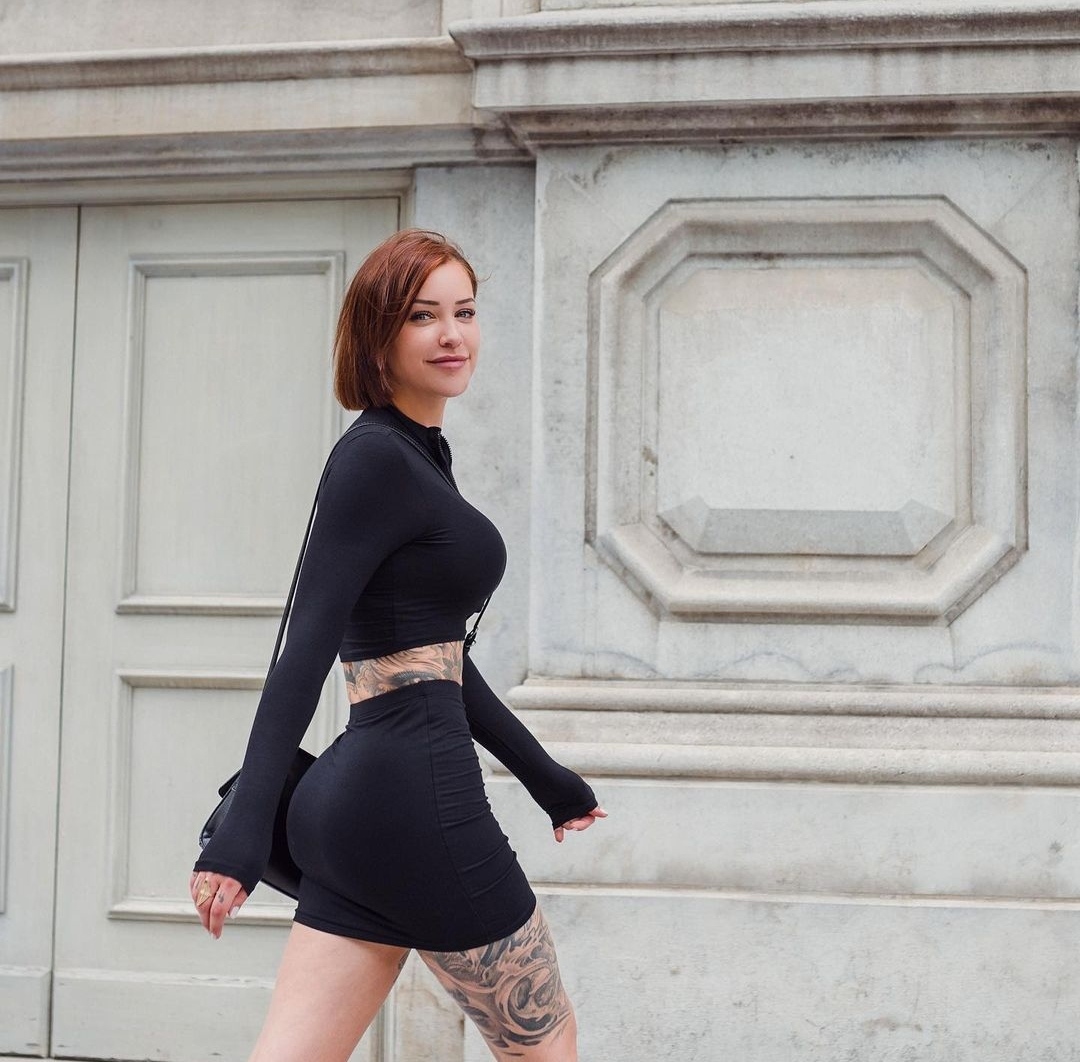 Joey Filiatrault, a military combat engineer and a Canadian veteran, was Laurence’s boyfriend. He speaks mainly French, which Laurence didn’t mind because she is fluent in both English and French.

Since October 2018, the pair have been dating for several months and has exchanged several mutual pictures. Their fans often commented on how well they paired because they both had multiple tattoos and enjoyed photographing each other.

Laurence and Joey, on the other hand, recently split up, and both of them removed all shared images from their Instagram pages, leaving only personal and commercial posts. Joey currently practices a lot of ju-jitsu and enjoys hiking with her dog. Neither Laurence nor Joey have made any announcements about their new relationships.

Laurence hasn’t yet revealed anything about her parents. However, we will update you in case she does reveal anything.

Bedard has an older brother who is really caring. Laurence’s elder brother’s name is Jean-Philippe.

Her commercial messages, in which she promotes brands like FashionNova, BangEnergy, Adam&Eve, and others, support her. Her barber job also pays well.

An accomplished barber in Quebec can earn up to $80,000 per year, according to authoritative sources including Glassdoor and PayScale. Laurence has only been in the barber industry for a year, but she is quick to pick up new skills, and her success on Instagram allows her to draw new customers to her barbershop.

She is also equally popular on social media with over 2.9 million followers on Instagram. Her username on Instagram is @lolobe4. Laurence’s primary source of income is from social media and her career as a barber.

Bedard has a net worth of approximately $2 million as of 2021.