Who is Lucas Cruikshank?

Lucas Cruikshank is a famous American actor and YouTube star. LUCAS CRUIKSHANK was born on August 29, 1993.

He is currently 28 years old and was born in Columbus, Nebraska, United States. 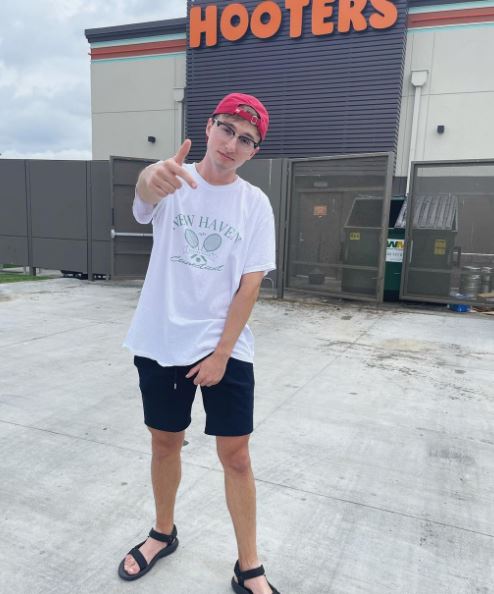 Where was Lucas Cruikshank born?

Lucas Cruikshank was born on August 29, 1993, and was raised in Columbus, Nebraska, United States.

There is no information about the early life of Lucas.

He is a very private person so Lucas has kept his early childhood days really private and away from the media and internet.

Lucas Cruikshank attended his high school at Lakeview High School however it is still unknown if he has any degree or he has graduated or not.

What is Lucas Cruikshank famous for?

Lucas Cruikshank is a famous American actor and YouTube star. He is famous for creating the character named Fred Figglehorn.

Lucas Cruikshank started his career by uploading videos on his YouTube channel.

The YouTube channel was started with his two cousins. He posted his own character, Fred, on the channel which was a success.

Lucas later created Fred Channel in 2008 and in 2009, he had over one million subscribers. Nickelodeon created a franchise surrounding the character, Fred.

The first movie of Fred was released in Dec 2009 titled Fred: The Movie and its sequel were aired on Oct 22, 2011, named Fred 2: Night of the Living Fred.

The last movie of the franchise is called Fred 3: Camp Fred. Nickelodeon also aired Fred: The Show which consists of twenty-four 22-minute episodes in 2012.

Cruikshank started his YouTube channel on Jul 19, 2005. The first video posted on his channel was named Welcome to my YouTube Channel! on Jan 4, 2009.

This video has gained more than 1.3 million views to date.

Lucas has posted many videos to date but some of the most popular videos of Cruikshank like a video uploaded on Jun 20, 2009.

Another video titled Me “I Love You, Beth Cooper: Moment of Truth” has gained more than 1.7 million views and

Other popular videos of Lucas are OMEGLE W/ MY MOM posted on Mar 14, 2015, and gained more than 2.4 million views.

REACTING TO FRED VIDEOS posted on July 3, 2015, and gained more than 12 million views,

Story Time, I Guess These Are Vlogs, Attempting to Make Stuff, Collabs, and many more. The playlists with a high number of videos are Latest Uploads with 527 videos,

Let’s Watch Weird Stuff Together with 289 videos and Popular Uploads with 525 videos.

Cruikshank has appeared in Nickelodeon’s iCarly as Fred, in Hannah Montana’s episode “Come Fail Away and on the Cartoon Network Hall of Game Awards and in an episode of Supah Ninjas.

Lucas has appeared in the internet series The Flipside as Henry in Episode: “Me, Myself and My Conscience” in 2013,

In Lucas as Host at 2013 to present, and in Cute Combat as Host at 2014. Some of the TV series, Cruikshank has appeared in are iCarly as Fred Figglehorn/Himself at Episode: “iMeet Fred”, in Hannah Montana as Kyle McIntyre at Episode:

“Come Fail Away”, in Supah Ninjas as Spencer / Kickbutt at Episode: “Kickbutt”, in Big Time Rush as Himself at Episode: “Big Time Cameo” and in Monsters vs. Aliens as Smarty at Episode: “Screaming Your Calls/The Time-Out That Wouldn’t End”.

What is the height of Lucas Cruikshank?

Lucas Cruikshank was born on August 29, 1993, in Columbus, Nebraska, United States. He is currently living in the United States of America.

Cruikshank stands at a height of 5 ft 8 inches and weighs about 60 kgs. Cruikshank’s zodiac sign is Virgo.

On August 20, 2013, Lucas released a YouTube video saying that he is gay. Cruikshank met his boyfriend at a gay club.

His boyfriend is an Australian model, Matthew Fawcus. They had been dating since March 18, 2013.

Lucas Cruikshank was born on August 29, 1993, in Columbus, Nebraska, United States. He is currently living in the United States of America.

Lucas has more than 3.25 million subscribers on his YouTube channel.

What is the net worth of Lucas Cruikshank?

LUCAS CRUIKSHANK has earned a decent amount from his acting career. Lucas Cruikshank’s net worth as of 2021 is unknown but estimated to be about 1 million USD to 5 million USD.