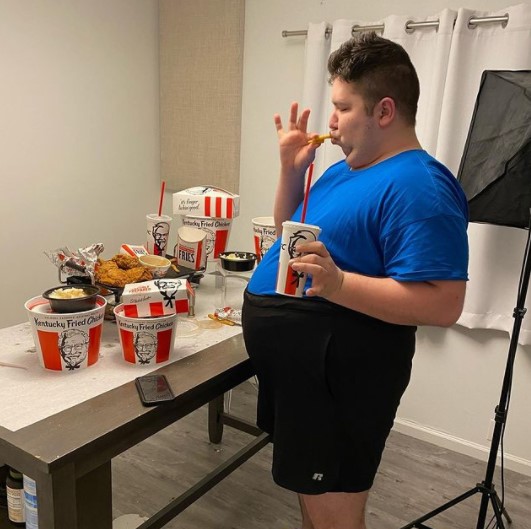 Who is Nikocado Avocado?

Nikocado Avocado is an American YouTuber, who is famous for his Mukbang videos.

He is one of the pioneers of Mukbang videos to trend in America.

Perry has a massive fan following across social media.

We are going to learn about Niko’s Age, Height, and Net worth. Let’s get going.

Where Was Nikocado Avocado born?

However, he was adopted by a family in Pennsylvania, North America, when he was just an infant. Niko was taking therapy sessions at the age of 5.

Furthermore, the YouTuber was prescribed antidepressants, when he was 7 years old, as he was diagnosed with attention deficit hyperactivity disorder and obsessive-compulsive disorder.

In 2013, perry moved to New York City, where he was classically trained as a freelance violinist.

In New York, he initially worked at the Home Depot.

Furthermore, information about his early life and academic background is kept private by the YouTuber.

Why is Nikocado Avocado famous?

Perry began his online career when he began posting on YouTube in 2014, where he initially posted violin covers and vegan lifestyle vlogs.

In 2016, he infamously released a video explaining why he left the vegan community.

Consequently, the video led to moral outrage among his vegan fans and subscribers, where some even sent him death threats.

Later, Nikocado clarified he left veganism because of tooth decay, vitamin B12, deficiency, and hypoglycemia.

The content creator started to create Mukbang videos, which gained over 50 thousand views in a couple of weeks.

Perry became relevant and became one of the first Americans to partake in Mukbang trends.

In 2020, Nikocado Avocado opened his only fans account, where he uploaded his por*nographic contents.

Nicholas was accused of harassment by Mukbanger ‘Stephanie Soo’ and also taking pictures inside her home.

However, in the response to such an accusation perry offered an evidence video, where he displayed images of Soo being fully aware.

He also displayed text messages between the two YouTubers, where soo seems to stoop him up for a Scheduled Feature.

Zach Choi, who joined the controversy posted on Instagram, where he hired an attorney to look at perry’s claims made on social media.

After being a famous Mukbang Youtuber, perry has gained a massive weight and his fans and friends are worried about his health.

Furthermore, he stated that he suffered from a loss of libido and erectile dysfunction in the famous ‘Men’s Health Magazine’.

A few of his videos have also made people question his mental state of mind.

Despite being criticized and getting hate for his weight and content, Niko has lived in a positive manner and does not give attention to those things.

Nikocado has an official Instagram handle named ‘realnikocado’, which has an impressive following of 93.9 thousand fans.

Furthermore, the page has posted about 4 posts and currently follows 4595 people.

He also has a TikTok handle named ‘realnikocadoavocado’, which has a massive 175.2 thousand followers.

What is the height of the Nikocado Avocado?

The internet sensation currently stands at 5 feet and 8 inches, equivalent to 1.72 meters.

Nicholas is currently 28 years of age. Moreover, he has big black eyes and a short black colored hairstyle.

Nikocado belongs to Ukrainian-American nationality and has white caucasian ethnicity.

He has large American built and has round facial features.

Who is Nikocado Avocado dating now?

The famous couple met in 2016 when they were members of a Facebook group called ‘Vegan Men’.

Initially, they started as friends but later found love in each other’s company, as they traveled to central American together.

However, Nikocado and Home got divorced in 2017, as Niko posted a video titled ‘We Broke Up’.

Furthermore, he disclosed the reasons for the separation were because of YouTube drama.

He also said that he transferred STDs to Orlin, which he got from many extramarital affairs during his world trip.

Eventually, the couple made up and got back together.

Nikocado’s Biological father’s and mother’s identity is not revealed in the online domain.

As well as the identity of his siblings is also not available.

Reportedly, his family always supported his career choices and provided love and supported he needed.

The YouTuber has not expressed his family, as he wants to keep his privacy.

What is the Net Worth of Nikocado Avocado?

The famous YouTuber is currently worth approximately 1.5 Million USD, which he mainly gets from YouTube ads and paid sponsorships.

He has a huge following across social media platforms, consequently, he lives a fabulous life.

Niko also has his own line of merchandise named ‘Water Weight Merch’, which can be bought at @teespring.com/stores/nikocadoavocado.

The 28-year-old social media star has lived an interesting life and created some unique content.

Let’s look at some of his Trivia and awesome facts. 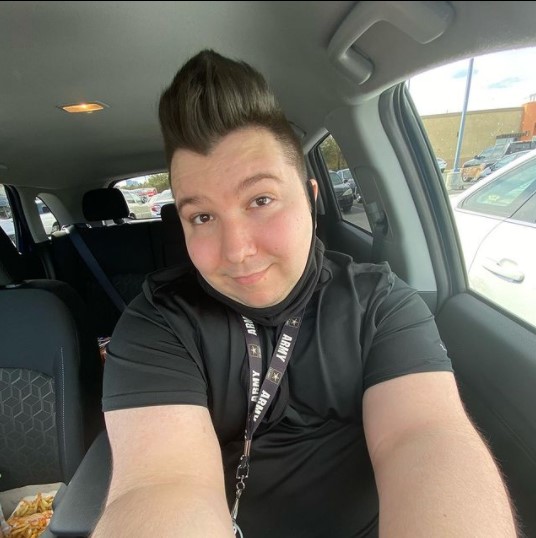