Who is Omar Raja?

Omar Raja (born 16 April 1994) is a popular broadcaster for the prestigious TV channel ESPN. He is also a social content commentator for ESPN for their TV and digital products.

Along with that, Omar is the founder of the Instagram channel “House of Highlights” in which he packages and presents the viral video of the sports personalities in the media.

He made “House of Highlights” when he was in high school and when he was just 23 years old. The channel took up and became one of the most followed Instagram accounts to date.

Currently, Hous of Highlights has just over 20 million followers. Omar himself has about  1 million social media followers worldwide. 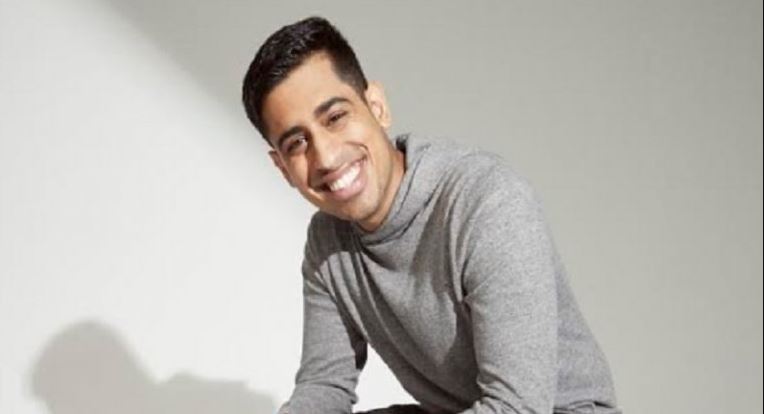 Where was Omar Raja born?

Raja was born in Pakistan but when he was about 6 years old he and his family migrated to the USA. He was raised in Pembroke Pines, Florida.

Since his childhood, Omar was fascinated by sports and liked to watch highlights as well as live videos of the game. However, Omar himself was no so good in sports and rarely participated in any of them.

Regarding education, Omar attended West Broward High School and later graduated from the University of Central Florida where he got majored in business.

Why was Omar Raja famous?

He was emotional so he wanted to find the best highlight moments of Lebron James with Miami Heats.

However, he did not found the videos so in 2014 he made an Instagram channel to compile all the highlights and best moments from the match and of the team. He first named the Channel “The Highlight Factory”.

One week later Omar changed the name of the Instagram account “House of Highlight”. After that, he collected the best, funny, and highlights from the game of The Miami Heats and converted it into a video collage.

Omar quickly started to gain tons of followers and subscribers in the channel. Quickly the fans and audiences started to interact with Omar and provided him with their video footage.

Bleacher Report was inspired and impressed by the solo work of Omar Raza. Its vice president of social media Doug Bernstein contacted Omar Raza in 2015 and offered him to work with the publication.

House of Highlight showed rapid growth after getting together with Bleacher Report. Till July 2018, The Instagram account had over 10 million followers. Currently, the solo project of Omar Raja has just over 22 million followers.

What is the height of Omar Raja?

Omar is Pakistani regarding nationality and belongs to Islamic ethnicity. He follows Islam as his religion.

As reported, Omar always was interested in sports particularly basketball. After moving to the USA when he was a child he was in love with basketball and baseball but followed basketball closely.

During his time in high school, Omar was the victim of racist bullying which is why he always voices his opinion towards bullying. Omar uses his platform and audiences to aware people and condemns the act of racial abuse.

He has claimed he is very busy and normally stays awake till 3 AM searching for the highlight clips and many more. When he has spare time, Omar likes to spend time with friends and families.

He also likes to travel a lot and visit various new countries. Omar is also interested in the cultures and lifestyles of foreign countries and cities.

Who is Omar Raja dating now?

Omar Raja is currently single according to his fans and media alike. He has not revealed if he is in a relationship with anyone. Omar also has not shared any pictures of some girls pointing out that she may be her girlfriend.

According to Omar, he is a really busy person. He is always involved in his shows or his Instagram account. That may be the reason he has not found the love of his life to date.

However, Omar simply may be keeping his dating and relationship status private among media, the internet, and his fans.

Regarding his children, Omar Raja also has not revealed if he has any child or not to date. He has not shared any child pictures or has revealed any information about him having a child.

We can easily assume Omar Raja is currently single. However, if he becomes engaged, married, or has a child or discloses if he is in a relationship with anyone, we will surely update it.

Omar Raja’s father’s name is Hayder Raja whereas his mother’s name is Ismat Raja. Apart from a few snaps and pictures on social media, Omar has not revealed anything about his parents.

Regarding siblings, he only has one sister named Sabeen Raja. Similar to his parents Omar has not shared any information regarding his sister as well. He also has not shared her career path and what she does for a living.

What is the net worth of Omar Raja?

Omar Raja is a popular TV, digital, and social content commentator for ESPN and Bleacher Report. He founded the most-watched Instagram account called House of Highlights.

Currently, House of Highlights has over 20 million followers with every clip or post have views of over 1 million to 5 million.

Omar himself has massive social media followers with over 1 million to date. He has generated a lot of income from his career.

His primary source of income is mostly from his Social media ads and paid subscriptions. He also earns from his career as a sports presenter and commentator in ESPN and Bleacher reports.

Omar Raza has a net worth of approximately $5 million as of 2021.