Who is Prince George?

He is the oldest son of Prince William, Duke of Cambridge, and Catherine, Duchess of Cambridge.

Also, he is third in the line of the succession to the British throne after his grandfather Prince Charles and his father William.

His birth was hugely celebrated as he is expected to be the British monarch.

He is often seen in media with his parents attending royal functions and tours.

Today, we will be talking about Prince George’s age, height, career, relationship, net worth, and even more. 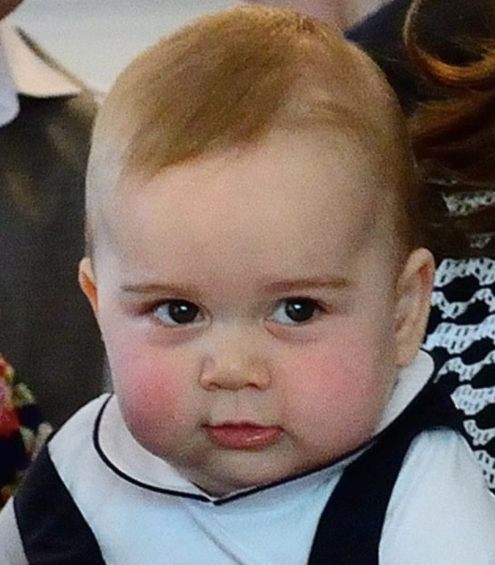 After his birth, he was christened by the senior bishop Justin Welby in Chapel Royal at St James’s Palace on October 23, 2013.

Before the royal family’s relocation to Kensington Palace in 2014, George stayed with his parents on the cottage of Bodorgan Hall in Angelesey, Wales.

Regarding his education, he attended the Westacre Montessori School Nursery at Anmer Hall in Norfolk when he was just two.

After that, he studied at the Thomas’s School in Battersea.

As for the present, he is studying at the school which is under the name of George Cambridge.

Now, let’s know about the present hype about Prince George and his exposure to the media to date.

What is Prince George famous for?

Being the third in line of succession to throne of Cambridge, Prince George is always in the eyes of media.

He did his first royal tour with his parent in 2014 in which all the royal family members spent three weeks in New Zealand and Australia.

Then, he appeared on the BBC show for two times, and he got the title as the future king and star of the show.

He made his first public appearance in 2015 by appearing on the balcony of Buckingham Palace for Trooping the Color parade for Queen’s birthday.

Likewise, on April 22, 2016, he met the former president of Barack Obama and his first lady Michelle Obama.

Then, in September of 2016, he went on a tour of Canada with his parents and sister Charolette.

Similarly, they headed out for diplomatic visit to Poland and Germany in July of 2017.

After few years, in March of 2020, he appeared in an online video alongside his sister Charlotte and brother Louis.

They made the video to applaud the hard work of key workers during the coronavirus pandemic.

Then, in September, the royal kids met the English broadcaster David Attenborough.

After that meet, video of them asking David about environmental conservation was released by Kensington Palace.

Similarly, in the late 2020, the kids made their red carpet debut with their parents in London Palladium to watch Pantomine.

The event was organized to thank key workers for their works during pandemic.

As for the present, he joined his parents in the England-Italy final of UEFA Euro of 2020 at Wembley Stadium in London.

After England won the game which he attended previously, he was entitled as the lucky charm by the media.

Besides the fame by public appearances, George is also well known for his fashion impacts.

There is even an effect named after him called The Prince George effect which means the massive increase in sales of cloths and products used by him.

Similarly, he became the youngest person to made it to Tatler’s best dressed list in 2018.

Besides all of it, he has some public depictions too made in books and movies.

In 2016, in a children’s book Winnie the Pooh Meets the Queen, there is a cameo appearance from Prince George in the story.

Then, in 2021, The Prince which is an animated sitcom based on Prince George’s life was made in which the voice acting of George is done by Gary Janetti.

However, we were able to discover several fan pages of him on Instagram.

So, we have included pictures of him from the fan pages.

He weighs around 34 kg or 75 pounds. His Zodiac sign is Cancer.

As for his hair color, he has blonde hair and dark brown eyes.

Regarding his nationality, he is British and white by his ethnicity.

He is a Christian by birth and follows Christianity as his religion.

Prince George is just eight years old, so we can assume that he is probably not dating anyone.

Due to his such young age, he must be currently focusing on his studies and his future royal duties he has to make.

Prince George was born to his parents Prince William and Catherine Middleton.

His parents are the Duke and Duchess of Cambridge.

William and Catherine have been maintaining their son’s privacy since his birth.

They are strongly against the global media as well as paparazzi clicking his pictures without his consent.

The Keningston Palace even has stated same about the situation.

Regarding his siblings, he has a younger sister named Charlotte and a younger brother named Louis.

Net Worth of Prince George

How much is the estimated net worth of Prince George?Despite being so young, George has billions of worth properties.

Being the eldest child to his parent, his net worth of 2021, is estimated to be approximately $3.6 billion.

Now, let’s know some of the lesser-known facts about Prince George.

Check out the video about Prince George down below: