Who is Rick Saccone?

Rick Saccone, born on February 14, 1958, is an American politician.

He represented Pennsylvania’s 39th district in the Pennsylvania House of Representatives from 2011 to 2019.

Similarly, he was his party’s nominee for the republican post for the March 2018 special election after the resignation of republican representative Tim Murphy.

Unfortunately, he lost to Connor Lamb; the Democratic candidate by 0.3% vote.

Also, he worked as an adjunct professor at Saint Vincent College.

He had to quit the investigation was done by the college following his resignation.

As for the present, he is wanting to run for Lieutenant Governor in the 2022 gubernatorial election.

Today, we will be covering the details about Rick Saccone’s life such as his age, height, career, relationship, net worth, and even more.

Where was Rick Saccone born? Rick Saccone was born on February 14, 1958, and his hometown lies in Allegheny County, Pennsylvania, USA.

Regarding his education, there is no information about his early schooling days.

As for his higher studies, he studied at Weber State College.

He graduated from there with a bachelor’s degree in psychology and criminal justice in 1984.

He mastered public administration at the University of Oklahoma in 1984.

Likewise, he did his master’s in national security affairs from the Naval Postgraduate School in 1987.

Then, later he worked in the faculty of Saint Vincent College in Latrobe, Pennsylvania.

Also, he served as a US Air Force officer and worked in the Office of Special Investigation, Counter Intelligence.

Likewise after his resignation, he spent over 12 years in South Korea. He worked there as an anchor for an English language TV news station.

Similarly, he was involved in some businesses in South Korea and Central America.

Now, let’s know about the beginning of Rick Saccone’s political career, his works, and the achievements he has made so far.

What is Rick Saccone famous for?

Rick started his political career around the time of 2010.

He ran for the 39th District seat against Democratic Republican David Levdansky in the Pennsylvania House of Representatives.

He won against Levdansky and again had a rematch which he won too.

Then, in 2018, he started the US Senate campaign challenging Bob Casey Jr.

Since he is a Trump supporter, he showed his will to be his ally if elected to the senate.

However, he suspended his campaign and instead stood up for the 18th congressional District special election.

Then, on November 11, 2017, he became the Republican nominee for the seat which he unfortunately lost.

Sadly, he lost to Democratic candidate Connor Lamb by 0.3%.

After that, he ran for the 14th congressional district election against Guy Reschenthaler.

The election was led by Reschenthaler by 55%.

During his campaign for the 2018 special election, Saccone got more popularity after he called himself Trump before Trump was Trump.

Similarly, it gained the attention of Trump’s taxes on foreign-made steel and aluminum imports.

Not only that, Rick got endorsed by Trump after winning the Republican nominee position.

Some of the laws and legislation endorsed by Saccone are limitations to abortion rights, budget, taxation, and fiscal policy.

Also, he provided spending cut-offs for students and funding for early childhood and K-12 education, public libraries, and child welfare.

Also, he supports the right-to-work legislation.

The legislation allows people to join unions to be employed instead of working in unorganized groups which are deliberately considered illegal.

During the time of 2017, he put limitations on full-time teachers’ working hours.

Also, he sponsored the legislation that limited teachers to no more than 15 days annually.

Similarly, he introduced legislation that eventually prohibited public works to accept gifts like transportation, lodging, or any fees.

He often posts photos and videos related to his works and photos with his friends and family.

What is the height of Rick Saccone and how much does he weigh? There is no information about Rick Saccone’s height.

Similarly, we have no clue about his weight.

We will surely update it for you as soon as we get any information. So, stay tuned!!

As for his zodiac sign, it is Aquarius. He has blonde hair and green-colored eyes.

Regarding his nationality, he is an American and white by his ethnicity.

He is a baptist so he follows Christianity as his religion. 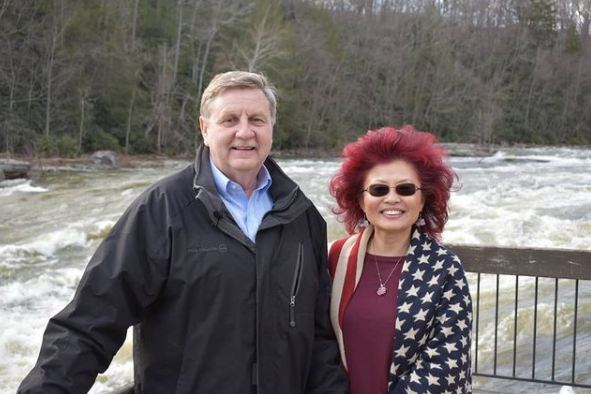 There is no information about when did the couple got hitched.

However, it is known that the couple met when Rick was working in South Korea.

The couple has two sons together namely Nick and Matthew.

Rick’s wife Yong’s career path is still unknown to us.

Similarly, we have no idea about his sons’ career path and whereabouts too.

Who are the parents of Rick Saccone? There is no information about Rick’s parents revealed anywhere.

So, we have no idea about his parents’ names, career path, and current state.

Similarly, nothing is disclosed about his siblings too. So, we have no information about it either.

We can assume that Rick could be the only child of his parents.

As for the future, we will be updating it for you as we get any details regarding Rick’s family.

Net Worth of Rick Saccone

How much is the estimated net worth of Rick Saccone? Rick is a member of the Pennsylvania House of Representatives from the 39th district.

He must have earned a fortune throughout his career.

The major source of his income should be from campaigns, his works as a politician, and others.

As of 2021, his net worth is estimated to be approximately $1 million to $5 million.

Now, let’s know some of the lesser-known facts about him.

Check out the video about Rick Saccone down below: