Who is Robert Rinder?

Robert Rinder is a criminal barrister and a television personality.

His real name is Robert Micheal Rinder. He was born on 31 May 1978 in Westminster, London, England.

Robert is also called Judge Rinder. Though he is not a real judge, he serves as Judge Rinder for his ITV daytime court show.

He has hosted many shows such as Judge Rinder’s Crime Stories, Good Year Bad Year, and The Rob Rinder Verdict.

Rinder is also a co-author and he is gay. He has specialized in financial crimes and frauds.

Today, we will discover more info about Robert’s bio, personal details, career, net worth, and many more.

Where was Robert Rinder born? Robert Michael Rinder was born in Westminster, London, England on 31 May 1978.

He belongs to a middle Jewish family.

From a young age, Robert was interested in acting.

So, he joined the National Youth Theatre and ended up receiving training in acting for many years.

Moreover, Robert has a keen interest in political affairs as well. He graduated in politics and modern history from the University of Manchester.

The career of Robert Rinder

After completing his graduation from Universit of Manchester, Robert was called in the bar for starting his pupilage at 2 Paper Buildings.

He also became a tenant at 2 Hare Court.

Robert became a professional lawyer after dealing with specialized cases like international fraud, money laundering, and other financial crime.

The case of murder of Letisha Shakespeare and Charlene Ellis in January 2003 was the most important case of his life.

After involving in the prosecution of such a high case, Robert got many other high-profile cases of crimes and fraud.

Robert was involved in the defense of British servicemen on charges of manslaughter after the deaths of detainees in Iraq.

Besides all these cases, now Robert is involved in the investigation and prosecution of alleged bribery, corruption, and fraud in Britain.

Besides his barrister career, Robert is also involved in the entertainment industry.

In 2014, Rinder started hosting the show called Judge Rinder where he was featured as arbitrator, hearing cases and giving his verdicts on civil cases.

The show was successful and it was most popular among the viewers.

Regarding his television shows, Robert hosted another show called Judge Rinder’s Crime Stories reconstructions of murder scenes, and interviews with the victims’ families and officers were featured.

Moreover, Robert has hosted many shows like Good Year Bad Year, The Rob Rinder Verdict, and many more.

Robert has appeared alongside Susanna Reid on series 2 of Celebrity Gogglebox.

The popular English barrister is also an author. He has released a book called Rinder Rules in 2015.

Also, He has worked on the radio show Raising the Bar on BBC Radio, having conversations with the Lord Chief Justice, Lord Baron Judge.

In addition, Robert was a contestant in the 14th season of the celebrity dance competition show titled Strictly Come Dancing.

He writes columns for publications such as The Sun and London Evening Standard.

How tall is Robert Rinder? Robert stands at a height of 5 feet 8 inches or 177 cm.

His zodiac sign is Gemini. Regarding his nationality, he holds British citizenship.

Talking about his ethnicity, we do not have exact details about it.

Robert is gay. However, he does not let his sexual orientation come in the way of his rational thinking when he comes across homophobic people.

Who are the parents of Robert Rinder? Rinder was born and raised in a middle-class Jewish family in London.

Robert’s father was a cab driver in London and his mother was the owner of a publishing company.

His parents got divorced when he was a young age.

Robert was raised by his single mother afterward.

In the same way, talking about his siblings, there is no information available about them.

However, the couple did not get along and divorced in 2018.

As Robert is gay, he had a relationship with British actor Benedict Cumberbatch.

They both were close and were classmates at the University of Manchester.

He generally posts the fundamentals things about the law, his shows short videos, workout videos, and pictures.

He has a YouTube channel too where he goes by the name Judge Rinder. The channel has 363k subscribers as of 2021. 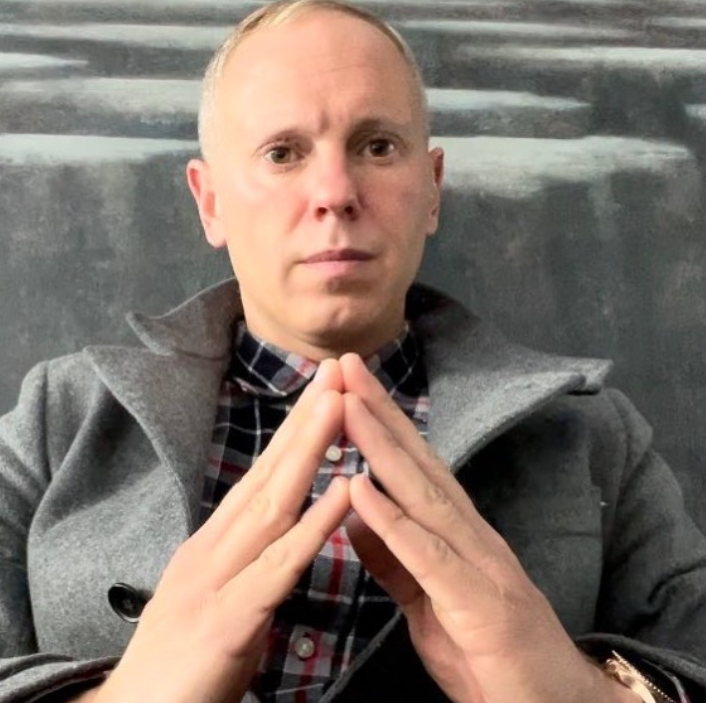 Net Worth of Robert Rinder

How much does Robert earn? Robert Rinder is a famous English barrister, television personality, author, and popular celebrity.

His main source of earning is through his advocate career.

He handles and solves various high-profile cases, hosts television shows, and many more.

The net worth of Robert is estimated to be around $4 million approximately.

Below are some of the known and unknown facts about Robert Rinder:

Check the video down below about Rinder’s best rulings: