Who is Sanaa Lathan?

Sanaa Lathan, born on September 19, 1971, is a famous American actress.

She is well known for her appearances in movies like Alien vs. Predator, Love & Basketball, Something New, and Blade.

Besides that, she has made appearances in several TV series and movies too.

Not only she is a fine actress but she is also a talented voice actress and has worked in The Cleveland Show and Family Guy.

Similarly, she has done theatrical plays too and has earned a nomination for a Tony Award for her performance in A Raisin in the Sun.

Today, we will be learning about Sanaa Lathan’s age, height, relationship, career, net worth, and even more.

Where was Sanaa Lathan born? Sanaa Lathan was born on September 19, 1971, and her hometown lies in New York City, New York.

Regarding her education, there is no information about her early schooling.

She studied at Manhattan Center for Science and Mathematics and later attended Beverly High School.

As for her higher studies, she attended UC Berkeley and graduated with Bachelor’s degree in English.

Similarly, she completed her Master’s in Drama from Yala University.

During her teen days, she didn’t have much connection with her parents as they were busy most of the time.

Also, Sanaa revealed that due to that, she had to stay with her relatives who turned out to be drug addicts.

Fortunately, her relationship with her parents was bettered as time went by.

Now, let’s know the beginning of Sanaa Lathan’s career, her hardships, and the achievements she has made so far.

What is Sanaa Lathan famous for?

Sanaa Nathan started her acting career in theatre plays. She trained and studied with Earle R.Gister at Yale.

Similarly, she performed number of William Shakespeare’s plays and she got to perform at off-Broadway and the Los Angeles stage.

Then, after her father suggested her to try acting for a professional career, she did so.

Eventually, she landed some roles in shows like In the House, Family Matters, NYPD Blue, and Moesha.

In 1998, she got to play the character the mother of Wesley Snipes in the American superhero horror film Blade.

Her performance in the film was highly praised and it earned her recognition in the movie industry.

Then, a year later, she appeared in the American buddy comedy-drama film Life.

Likewise, she played movies such as The Best Man and The Wood.

The Best Man was one of the highest grossing movies of African American films.

Also, Lathan’s performance in the movie earned her nomination for a NAACP Image Award.

Again, in 2000, she starred in the American romantic sports drama film Love & Basketball.

For her performance in the movie, she won the 2001 NAACP Image Award for Outstanding Actress in a Motion Picture.

She was also honored by Essence Magazine and Black Entertainment Television and came under top 55 Most Beautiful People by Ebony magazine.

Then, she appeared as the main lead in the American romantic drama film Brown Sugar in 2002.

Her performance earned her another NAACP Image Award and Black Reel Award nominations.

The following year, she starred in the American mystery thriller film Out of Time.

In 2004, she portrayed the main lead in the American science fiction action film Alien vs. Predator.

Similarly, she was seen playing a Broadway play named A Raisin in the Sun for which she got nominated for Tony Award for Best Performance by a Featured Actress.

Later in 2008, she reprised her role in the movie adaptation of the play.

After two years, in 2006, she appeared playing the main lead in the American romantic comedy drama film Something New.

Likewise, she appeared in the fourth season of the American medical drama TV series Nip/Tuck.

On September 12, 2008, Lathan was seen playing the role of Andrea in the American comedy drama film The Family That Preys.

She did her first voice acting of the character Donna Tubbs in the American Adult animated sitcom The Cleveland Show from 2009 to 2013.

Then, in 2011, she starred in the hit American thriller film Contagion.

The same year, she appeared in the psychological horror film Repentence.

She got to play the character Mona Fredricks in the second season of the American political drama TV series Boss.

Then, in 2013, Lathan reprised her role in the sequel of The Best Man, The Best Man Holiday.

Two years later, she acted in the American romantic thriller movie The Perfect Guy in which she worked as an executive producer too.

In 2016, she appeared in the hit American heist thriller film Now You See Me 2.

In 2017, she portrayed the role of Deputy Director Irene Kennedy in the American action thriller movie American Assassin.

Also, she became the regular cast of the American drama TV series The Affair from 2018 to 2019.

Then, the following year, she starred in as well as produced the American romantic comedy film Nappily Ever After.

As of 2021, she appeared in the American anthological drama film With/In: Volume 1.

Similarly, she played the recurring character Robyn in the American romantic comedy drama film The Best Man: The Final Chapters.

Throughout her career, Sanaa Lathan has been nominated and won several prestigious awards.

In 2001, she won for BET Award for Best Actress for her performance in the movie Love & Basketball.

The same year, she got nominated for Independent Spirit Awards, two Black Reel Awards, and a NAACP Image Award.

Among those, she won Black Reel Awards and NAACP Image Award for Love & Basketball.

Similarly, in 2003 she earned three nominations for her performance in the movie Brown Sugar.

Unfortunately, she didn’t win any of them.

Then, in 2004, she won a Black Reel Award and a nomination of NAACP Image Award for Out of Time.

The same year, she won for Theatre World Award for the play A Raisin in the Sun.

In 2006, she earned two nominations including Black Movie Awards and Black Reel Award.

Likewise, in 2007, she was nominated for two NAACP Image Awards for the movies Something New and Nip/Tuck.

Again, in 2008, she got nominated for Black Reel Award, but this time for the movie The Family That Preys.

A year later, her performance in A Raisin in The Sun got her another nomination for NAACP Image Award.

In 2012, she won Lucille Lortel Awards for her work in By the Way, Meet Vera Stark.

And for the same movie, she was nominated for Drama Desk Award in the same year.

In 2016, she won the NAACP Image Award for the movie The Perfect Guy.

As for the recent ones, she got nominated for two NAACP Image Awards for Nappily Ever After and The Affair in 2019.

Likewise, she is active on Twitter too which she joined in July of 2009.

She weighs around 55 kg or 121 pounds. Her zodiac sign is Virgo.

She has dark brown hair and dark brown eyes. Regarding her nationality, she is an American and Black by her ethnicity.

Currently, we have no information about her religion.

We will be updating that to you so stay tuned.

She loves animals and also owns a dog as her pet.

Talking about her past relationships and linkups, she was married to the actor Shemar Moore in 1990.

The couple got divorced in 1996 and after that Sanaa was involve romantically with another actor Omar Epps.

However, she broke up with him too and later went to date actors Denzel Washington and Tyrese Gibson.

Also, she was once rumored to be dating Steve Rifkind and rumors were there that they both got engaged too.

However, Sanaa didn’t say anything about it and rumors were not confirmed either.

As for the present, Sanaa has not said anything about being in a relationship or getting engaged.

We will update it to you as soon as we get any information regarding it.

Sanaa Lathan was born to her parents Stan Lathan and Eleanor McCoy.

Her father Stan was a producer and his works are Sanford & Sons and Def Comedy Jam.

He also worked behind the scenes in TV for PBS.

As for her mother Eleanor McCoy, she was also an actress and dancer too who performed various plays on Broadway.

Regarding her siblings, Sanaa has a brother named Tendaji Lathan who is a DJ by profession. 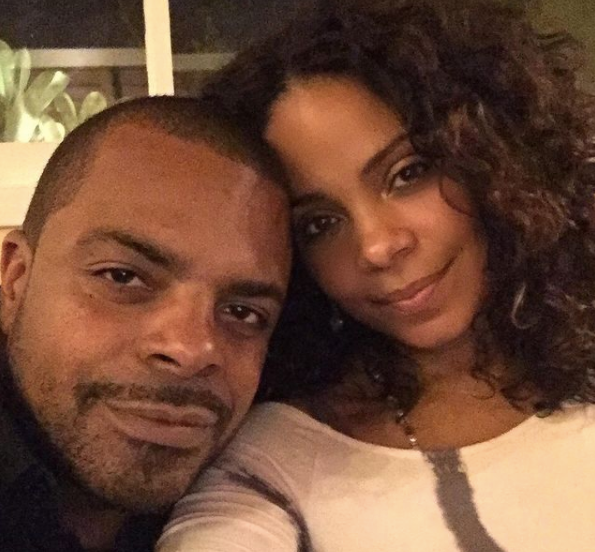 Net Worth of Sanaa Lathan

How much is the estimated net worth of Sanaa Lathan? Sanaa Lathan is a talented actress and aspiring producer.

She has worked on several theatrical plays, movies, and series and won numbers of awards for her works.

The majority of her income comes from her acting career, production works, paid ads, social media sponsorships, and brand deals.

As of 2021, her net worth is estimated to be $5 million approximately.

Now, let’s know some of the lesser-known facts about Sanaa Lathan.

Check out the video of Sanaa Lathan down below: