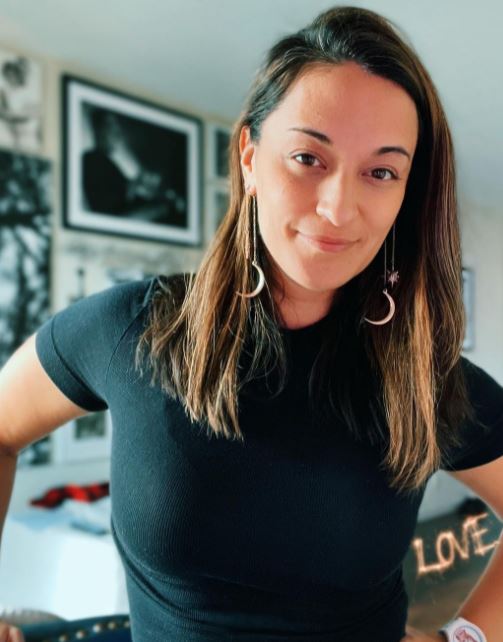 Who is Sara Tomko?

Sara Tomko is a famous American actress and producer. Sara was born on October 19, 1983. She is currently 37 years old and was born in New Mexico, United States.

Tomko is famous for portraying the role of Tiger Lily in the TV series Once Upon a Time.

Some of her other popular movies are The Leftovers, SWAT, Resident Alien 2021, and many more.

Despite being a popular actress she does not have many fans following. Sara Tomko currently only has just over 20,000 social media followers.

Where was Sara Tomko born?

Sara Tomko was born on October 19, 1983, in New Mexico, United States, and currently is living in Los Angeles, California, United States of America.

There is not much info about Sara Tomko’s early life and if we find more, we will update it soon.

Why is Sara Tomko famous?

Sara Tomko is a famous American actor and producer. She is famous for portraying the role of Tiger Lily in the TV series Once Upon a Time.

Sara Tomko started her career by playing small roles.  Sara was part of Shadowbox Live in Columbus, Ohio from 2005 to 2007.

She was featured in the video, 2012 Doomsday directed by Nick Everhart in 2008 as Wakanna, in the movie, Breathing Room Directed by John Suits

Sara also starred in Gabriel Cowan at 2008 as Nine, in the short movie The Prince of Venice directed by Yaa Boaa Aning in 2008 as a beautiful girl.

Her main acting role came in the movie Journey to the Center of the Earth directed by Davey Jones and Scott Wheeler in 2008 as Betsy Case.

In the short movie Touching the Sky directed by Kurt Larson as Mary, in the movie Going for Broke Directed by Grant Housley at 2009 as Nikki,

In the movie Growth directed by Gabriel Cowan in 2010 as Reporter Dianne Sloan, in the short movie Weight of the Sun directed by Jason Young in 2010 as a woman, in movie 2ND Take directed by John Suits as Princess.

Sara played various roles in the movie Extracted directed by Nir Pantry in 2012 as Minnie, in the short movie Sinners and Saints as Grace.

Sara also played the role in the short movie Painted Perfect as Leslie, in Lho as Marie, in the movie The Scribbler at 2014 as Psych Nurse Langdon.

In the short movie Someone, I Know as Julie, in Not Funny as Thing One, in Amigo Undead at 2015 as Annie Chickasaw, in Hollywood Adventures at 2015 as Receptionist,

Also in the TV series The Leftovers as the woman, in the movie 400 days as a reporter, in the short movie Soiled Doves as Sara Harper.

In Richard Peter Johnson as Sara, at the Conspiracy Connection at 2016 as Amanda.

Sara Tomko then appeared in Pandemic as Alice, in Tv series Heartbreak as DR. Blackhorse.

Along with the acting franchise she also appeared in the video game Call of Duty: Infinite Warfare as a voice actor. Sara played the role in the TV series The Son as Lena in 2017.

In Once Upon a Time as Tiger Lily, in SWAT as Officer Donna Gentry in 2018. Also in Sneaky Pete as Suzanne in 2018, in the short movie, A Cake For Lizzie as Sofia.

What is the height of Sara Tomko?

Sara Tomko was born on August 5, 1894, in New Mexico, United States, and is currently living in Los Angeles, California, United States of America.

Tomko stands at a height of 5 ft 5 inches and weighs about unknown kgs. Sara Tomko ‘s zodiac sign is Libra.

Sara’s hair is brunette in color and the eyes Tomko are dark brown in color. Sara Tomko attender and graduated from James Madison University in Virginia.

She graduated with the degree in BA in Theatre and Dance and also won a theatre scholarship and the Steven Snyder Memorial Award.

Who is Sara Tomko dating now?

They started dating in 2016 and the couple is living beautiful love life since then.

Tomko’s mother’s name is unknown and her father’s name is also unknown. Sara Tomko has two brothers. Their names are Benny Tomko and Jake Tomko.

Net Worth of Sara Tomko

What is the net worth of Sara Tomko?

Sara has earned a decent amount from being an actor and a producer. Tomko’s net worth as of 2021 is unknown but estimated to be about 100 thousand USD to 600 thousand USD.