Who is Tiffany Jenkins?

Tiffany Jenkins (born September 22, 1985) is a popular author, motivational speaker, and blogger. She is also famous for her popular autobiography titled “High Achiever”. In the book, she describes the life of how a mom got into drug addiction and left by her husband but bounced back again.

Nowadays, Tiffany fights against drug addiction and involves herself to raise awareness regarding drug habits and addiction. She has become a comedic motivational speaker who jokes about herself to motivate people not to get into drugs.

Due to her popularity, she is widely popular on social media with over 1 million followers on all her social media platforms.

Where was Tiffany Jenkins born?

Tiffany Jenkins was born in Sarasota, Florida USA. During her childhood, she was a very beautiful and vibrant girl.

Tiffany was into cheerleading from her school days. She also used to give a lot of amazing stage performances. When she went to high school, she was actively involved in cheerleading as well.

Tiffany also became the leader of the high school team of cheerleading. But due to reasons she has not revealed yet, Tiffany had to drop out of High School.

She has not shared much about her childhood and why she dropped out to date.

Why was Tiffany Jenkins famous?

The woman who inspired millions with her story and how she overcome her past is a very successful woman in the present.

Tiffany Jenkins started her career by writing blogs in the year 2017 on her website named “Juggling the Jenkins”. Her blogs were mostly about overcoming from a drug problem and going to jail.

Not only that Tiffany has mentioned how she was depressed and even kept under suicide watch.

Juggling the Jenkins has become one of the masterpieces of a book that contains emotions of a lady who become a drug addict to parent and to a social media star.

She also shared her parenting tips in her own humorous manner. After that, she even started making videos.

Before being a blogger she was a part-time waitress and the carpeting business.

When one of her videos went viral on social media she realized that she is making an impact on someone’s life which inspired her to work as a full-time blogger and to quit her part-time job.

After that, she established herself as a comedian with her sense of humor and started entertaining people. She also podcasts as a motivational speaker.

In 2019, she even published her own book named “High Achiever” which is actually her autobiography. Her book also became the National Bestseller.

The book also clearly details the life of Tiffany Jenkins and portrays an even more vivid picture of her addiction, her time in prison, and her life as a mother.

High Achiever is definitely a must-read for anyone who is looking for some sort of inspiration on the bouncing bank.

And there is not much bouncing back from life so close to death to become one of the best authors and comedians to date.

Tiffany Jenkins has really created the art for everyone who likes to read and there is not one soul who wouldn’t shed a tear after reading her remarkable journey.

What is the height of Tiffany Jenkins?

Tiffany Jenkins has a height of 5 ft 11 inches tall. She weighs about 85 kg. Her zodiac sign is Scorpio.

Tiffany has brunette color hair and her eyes color is brown. She is a very happy and charming person. Tiffany loves to engage and chat with her audience.

Tiffany is trying really hard to lose weight and also improving her mental health condition. After getting rehabilitation from drugs, she is living a lovely life with her husband and kids.

Tiffany loves to travel, photography and cycling. She is also a bonafide blogger, YouTuber, and motivational speaker. 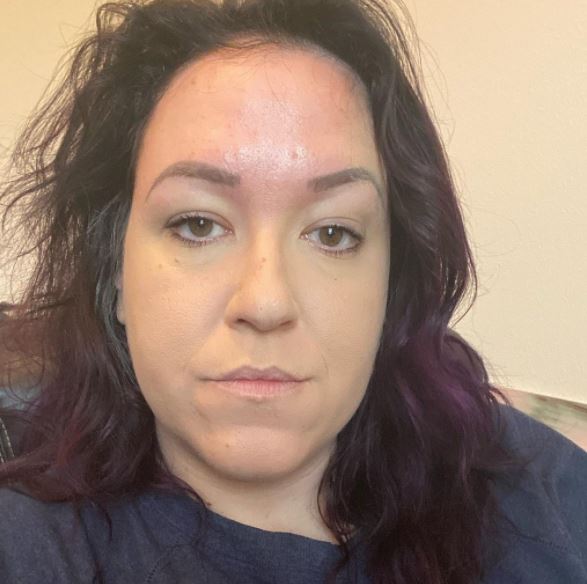 Who is Tiffany Jenkins married to?

Tiffany Jenkins is currently married to Drew where she first met on residential treatment center.

They were both addicts, however, got clean together

They married each other in 2014 after a couple of years of dating.

The couple has two children a son and a daughter whose identity has been kept secret by the parents themselves.

Tiffany was previously married to a Deputy Sheriff who left her due to her drug addiction.

She stole the gun from her Sheriff’s boyfriend and sold it to the drug dealer to get rid of her $7000 credit.

However, her boyfriend found out and had to arrest her. According to Tiffany Herself, The Sheriff was very heartbroken and wouldn’t stop crying during her arrest.

She also raised the daughter of the sheriff from another woman who is almost 10 years old.

Tiffany later publicly apologized to the sheriff for her behavior and revealed she never met him after their separation.

Tiffany Jenkins has not revealed anything about her family or her siblings. Maybe she had an estranged relationship with her family or she just wants to protect their identity.

Tiffany is really careful with her past so she does not want to provide names or identity of her parents to the media or the internet to keep their privacy intact. 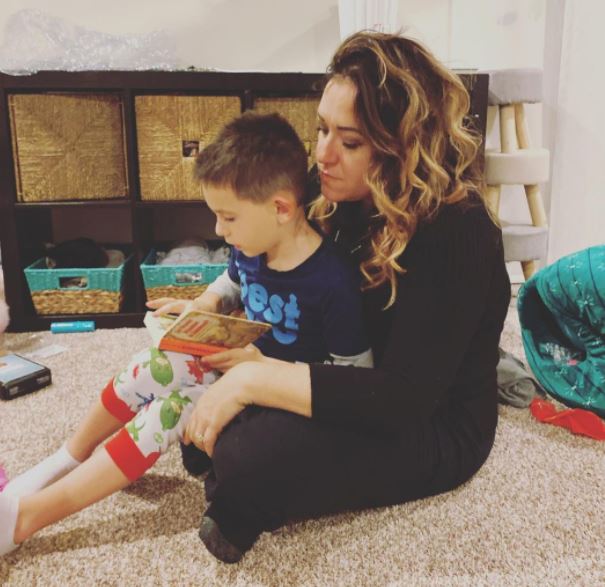 This young woman who inspired so many people was herself a drug addict in her past years.

She struggled with drugs and trying to help her through it all alone for the past ten years.

Jenkins even shared about her problems and how she deals with drugs in her book “Juggling the Jenkins”. She has been clean for six and half years now.

Jenkins’ battle with drugs began when she was in high school. She was the captain of the cheerleading team and also had very good grades. Her stepfather was the police.

She said that she was a very good kid until she took a sip of alcohol in her senior year and instantly her life changed. Then, she dropped out within three months.

Later on, she started taking harder substances like cocaine and opioids like Oxycontin and Dilaudid, which she injected.

She began to date a deputy just to be clean as she thought that he was her main key to be clean. His boyfriend had no idea about her double life as a drug addict and thief.

She almost stole a lot of things from her boyfriend for drugs.
Later on, when she got caught she instantly admitted about the stolen items, defrauding, grand theft stole firearms, and many more.

After six months in a residential treatment program, she went to a halfway house and found out that she was pregnant. Luckily she was ten months clean and the baby motivated her to do something good.

She began blogging about her days in jail and the response was positive.

In 2017, Jenkins self-published her book named “High Achiever: The shocking true story of one addict’s double life,” which was recently picked up by Random House. A new edition of a book is also out now.

What is the net worth of Tiffany Jenkins?

Tiffany Jenkins is a popular comedian, blogger, and socialists. Most of her income is from her career as a comedian where she earns up to $20,000 per year.

Along with that, she is a popular Author who earns from sales and royalties of her books. Tiffany Jenkins has a net worth of approximately $!.5 million as of 2021.