ZackTTG (born January 19, 1989) is an internet gamer and live streamer who is popular for his NBA2k content and is a member of group 2Hype.

His real name is Zack Morley. Zack Is also known as The Travelling Gamer which is a short form of Zack TTG in his name.

He is also an electrical engineer who travels around the world to live stream E-sports content and video games championships.

Zack also started his career as a video editor before becoming popular as a traveling video gamer and internet live streamer on the Internet.

He is also equally popular on social media with over 1.5 million followers altogether to date. 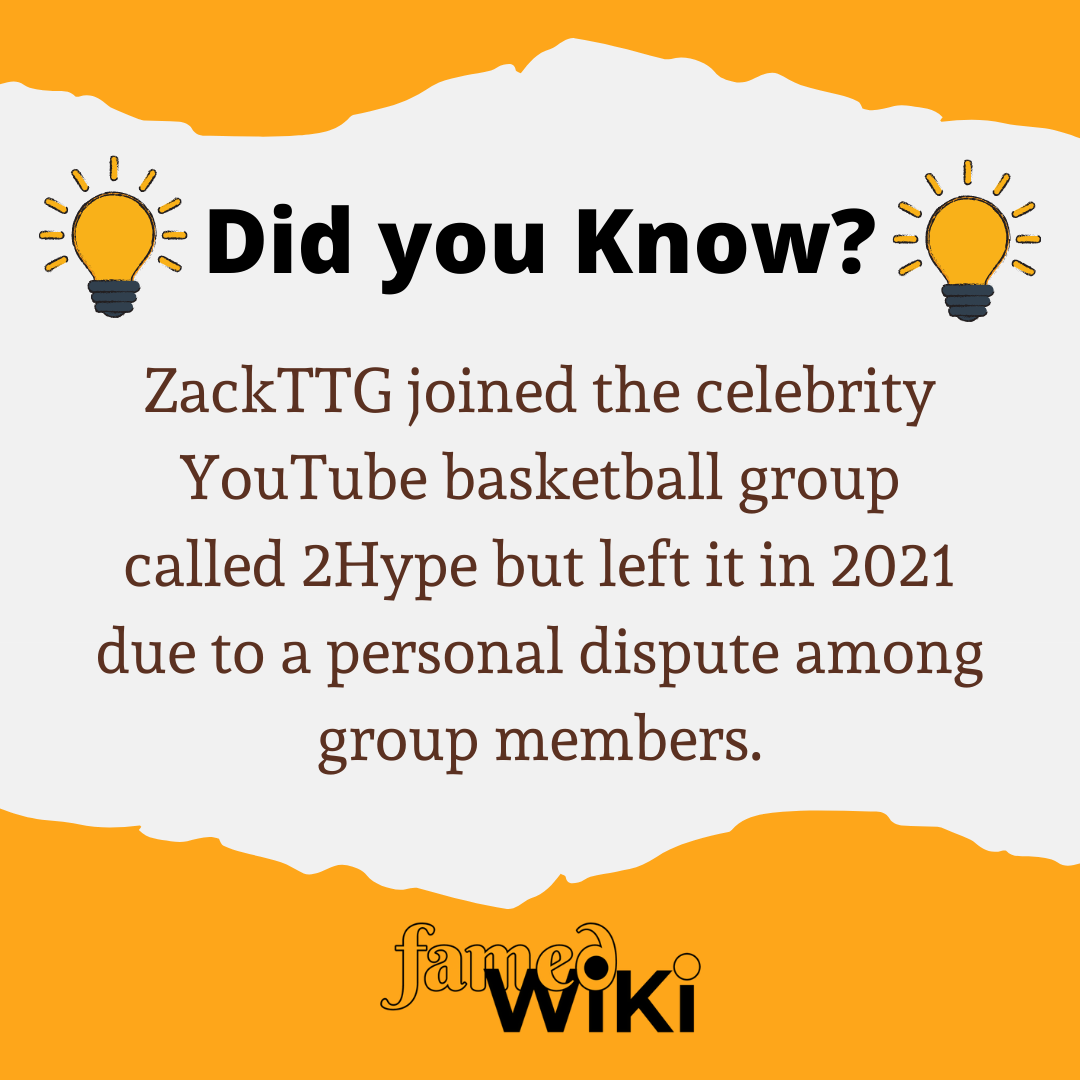 ZackTTG was born in Columbus Ohio. He was passionate about sports and video games from a very early age. He loved playing FIFA and other sports games as well.

Zack went to a local school whose name is not revealed by him. He went to Chino Hills High School for graduation after completing his school life.

ZackTTG started his career as a video editor. He is also an electrical engineer. However, Zack was always passionate about video games and wanted to start his own gaming channel.

He started his own Twitch channel in 2015 and quickly started to live-stream his NBA2K video games on his official account. His video started going viral and he quickly got over 100,000 followers.

Currently, he has over 160,000 subscribers on his Twitch account and it is growing day by day.

In July 2015, he also started his own YouTube channel titled ZackTTG where he continued to post his gaming videos and live stream. He also started traveling to participate in video game competitions.

His first video on the channel was titled “My YouTube channel, What to expect”, where he introduced his channel and informed his fans what content he will publish on the channel.

Some of his other popular videos are titled “Make This NBA All-Stars Game Winner”, Super Heavy Knockout Challenge, Spin The Wheel Challenge, and many more.

His popular videos have over 3 million views per video which made him really popular on the Internet and social media.

ZackTTG started traveling and vlogging his content for his fans and other social media persons.

He started to get the nickname of The Travelling Gamer for his vlogs and live stream of various games from all around the world.

ZackTTG was a member of video game basketball group 2HYPE but left the group in January 2021 due to controversy and for his own personal reasons as well as to focus on his own career.

Along with YouTube and Twitch, ZackTTG is equally popular on Instagram as well. He frequently shares his photos and videos of him playing basketball as well as his events from all around the world.

What is the height of ZackTTG?

ZackTTG stands at the height of 5 ft 8 inches tall and weighs about 65 kg. He has lovely dark brown eyes and blonde color hair. His zodiac sign is Capricorn.

ZackTTG is American regarding nationality and belongs to mixed ethnicity. He follows Christianity as his religion.

Zack is very passionate about basketball. He plays it continuously in the real game or in video game format. He also loves traveling, photography, and video blogging, and streaming.

Who is the girlfriend of ZackTTG?

Zack is in a relationship with and dating his long-time girlfriend Jade Meadows. Jade Meadows is also a YouTuber and social media personality.

She is 26 years old and loves to make challenge and reaction videos. Zack and Jade have featured many times together on their videos or their Instagram photos and clips.

Other than Jade there is no information about other women that Zack has dated or have been in a relationship with.

Zack also does not have any child or has not revealed anything about him.

ZackTTG was born in Columus Ohio. He was raised by his parents and later traveled to Los Angeles, California.

Zack has not revealed anything about his parents either their name or what their profession is. He does not want to disclose their identity to others and has kept them secret and private.

ZackTTG also has not revealed anything about his Siblings. He either wants to keep their identity private or does not have any siblings at all.

What is the net worth of ZackTTG?

ZackTTG is a popular YouTuber, Twitch Streamer and gamer of 2021. He has almost 160,000 followers on Twitch and over 1 million subscribers on his YouTube channel.

ZackTTG is also a member of a prestigious group 2HYPE

His primary source of income is YouTube ads, Twitch ads, and other social media ads and subscriptions.

ZackTTG has a net worth of approximately $1 million as of 2021.